What is the difference between ER & OZ

Selecting the right size collet for your tool

Selecting the right size collet for your tool

To find out the diameter of the shank of the tool that you are using: 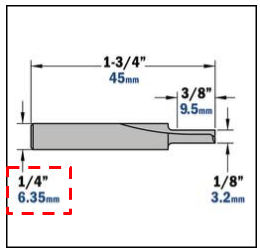 The collet will have the size etched onto the surface:

Markings on the collet face 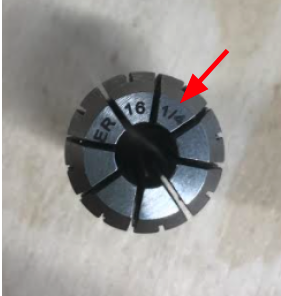 Markings on the collet side

This OZ style collet is 8 mm. 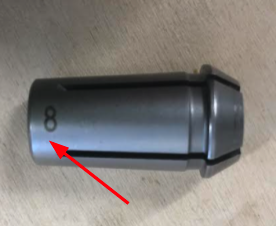 The OZ design does not have any collapse range.

It is a common mistake to put a 6.0mm shank into a ¼” (6.35mm) OZ collet, because it looks “close enough”. This is a mistake because the OZ collet design works with tangential loading (explained in this section). A 0.35mm gap at the top of the collet would mean a very poor clamping force, and large run-out. It would likely deform the collet too.

ER collets are more versatile. They can collapse to hold slightly smaller tools shanks than the size stated.

The nominal size stated on the side of an ER collet will always indicate its maximum tool shank diameter.

If you see a collet marking with the range, it will always have the nominal maximum first e.g. 8-7. This is because collets only ever collapse.

Never force a tool shank slightly larger than the nominal maximum into an ER collet, this will permanently damage the collet when tightened.

If you have an 8mm tool, but two eligible collets (9-8, and 8-7) which should you use? Always use the collet size with a nominal maximum closest to the tool shank (in this case 8-7). This ensures the maximises the tool-to-collet contact area.